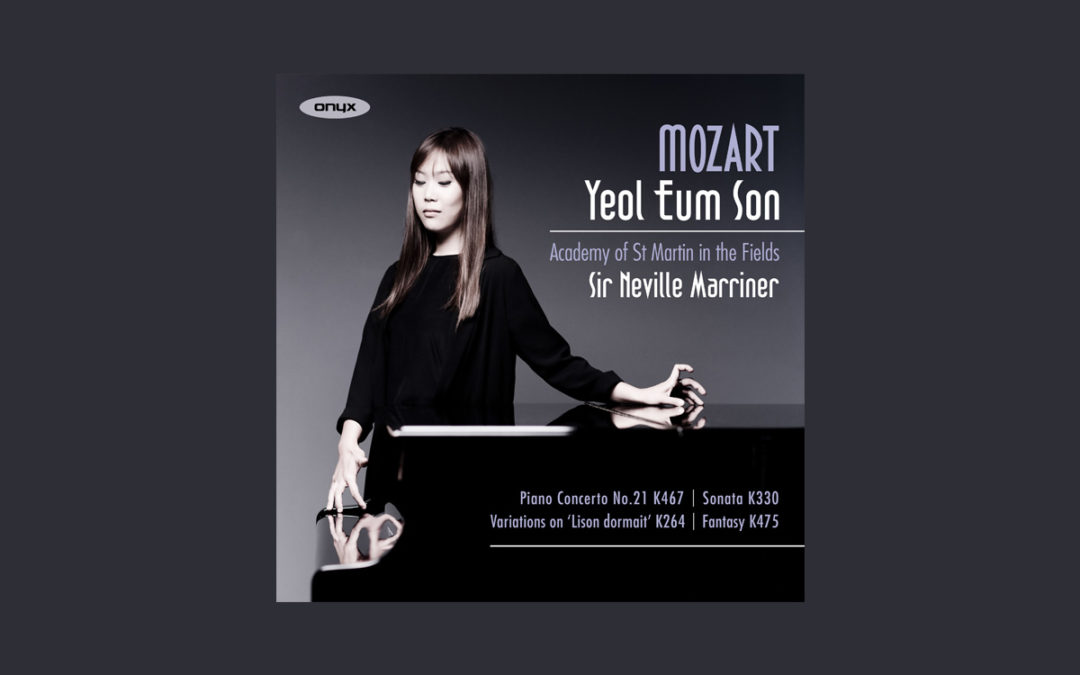 Classic FM said: “Many will be emotionally invested in hearing the last recording to feature the much-missed conductor Sir Neville Marriner, and he does indeed display typically sensitive control of his ensemble – but this takes nothing away from the ingenious performance of pianist Yeol Eum Son in one of Mozart’s most-played works. There are so many details to admire here, and the partnership of Son and Marriner proves to have been a very musically fruitful one.”

The Onyx album release coincides with Yeol Eum’s London debut at Cadogan Hall on 20 April, where she interprets two concerti by Mozart: Mozart Piano Concerto No. 8 in C and Mozart Piano Concerto No. 21 in C. The Academy of St Martin in the Fields, under the leadership of Tomo Keller, will also perform Haydn L’isola disabitata Overture and Haydn Symphony No. 86 in D major. The concert will be recorded by Classic FM for deferred broadcast.

Please click here for tickets to Yeol Eum Son’s concert with the Academy of St Martin in the Fields on Friday 20th April.